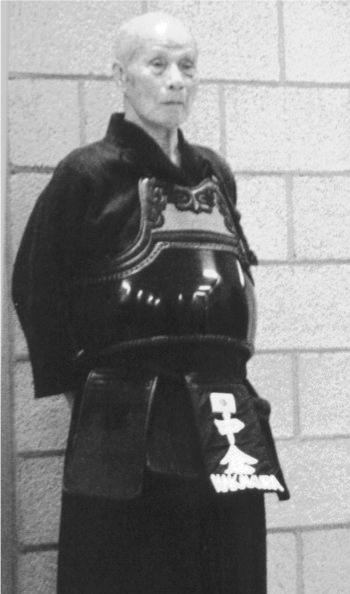 The relation between Nakakura sensei and the Belgian Kendo Federation (BKR) has a long history…This famous teacher was one of the members of a group of
Japanese high level Kendo teachers whom visited Europe, especially for Kendo, for the first time in September 1969.

In 1977, he came back again to attend the European Kendo Championships held in Brussels together with other famous teachers as Ishihara Tadayoshi sensei, Oka Kenjiro sensei and Matsunaga Masami sensei.

Several years later (1992), with the help of Hirakawa Nobuo sensei from Meiji University, he will join Brussels every year in December to supervise an important European Kendo and Iaido seminar and team competition called “Nakakura Cup”. This competition, since its start in 1992, continued growing year after year and became one of the leading Kendo tournaments in Europe.

Since the beginning a female individual championship was added to this team tournament with the support of Hirakawa sensei. Many other famous Japanese teachers joined the annual delegation such as Inoue sensei, Fukuda sensei, Yamazaki sensei, Oda sensei, Sueno sensei, Furuichi sensei, Itoh sensei, Ohtsubo sensei and many others.