The Belgian delegation joined world’s greatest gathering this year in Novara (Italy). Important meetings of FIK & EKF had also place before the tournament. More info will be available through your dojo leaders soon regarding the decisions taken.

On the first day, 4 out of 7 from our men delegation members took part in the individual competition. One of them, Carroll Tange arrived in the final best 8 top and will be rewarded with a “Fighting Spirit” at the end of the day.

Second day was “Ladies day”. 4 of our ladies took part in the individual competition and the entire team had their job to do by trying to win the first place of their pool of 4 to make a chance for the final round.  No chance for none of them this time but clear points to work on appeared.

Third and last day was the men team competition. Belgium was put in the only pool of 4 countries where only 1 country could end into the final grid. After real strong fights against Taipei, Germany & Norway, we couldn’t make it this time but got plenty of congratulations and encouragements for the future from other delegations & teachers.

Finally, the delegation would like to thank deeply the commitment of Hirakawa sensei and the numerous supporters who made the trip to Novara. 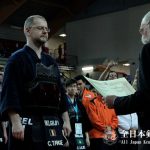 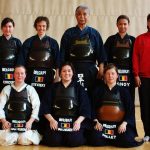 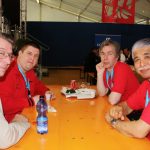 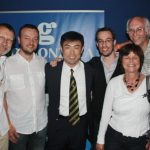 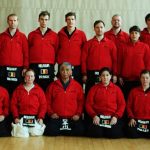 Next year, the EKC will be in Berlin, Germany from 12th until 14th of May… We count on you all!

29th edition of the ABKF Winter Seminar and Nakakura Cup

Evening : Konshinkai (Dinner all together)

Registration will open in February 2020

Registration will open in February 2020