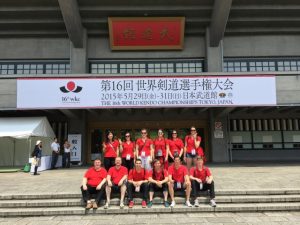 This year, the 16th WKC took place in Japan at the fabulous Nippon Budokan, central Tokyo. The Belgian team had been preparing this event since the last edition, three years ago in Novara, Italy.

A delegation of five ladies & six men were selected out of the Belgian active kenshi. As the tournament is organized in Japan, the central coach, Hirakawa sensei picked up the position of manager which is the equivalent of the usual position of coach in our European system. During the monthly preparation trainings towards the event, competitors could count on the experience of C. Tange, C. Yano and N. Hamada. The delegation was led by ABKF President, D. Delepière with the kind help of S. Hendrickx as second team manager.

A five days long preparation seminar was set up by the sensei at Tokai University prior to the competition. These days were hard but beneficial for whipping the possible jetlag and stress. We have to thank besides the team manager, Hirakawa sensei, all Tokai students and teachers but also Yamaguchi, Yamada & Tanaka sensei for the time, enthusiasm and energy they have put in their presence during these days. A first welcome earthquake magnitude 5.2 shook the team…

The delegation leader and the 2nd manager left earlier Tokai residence to join the different meetings held before the actual start of the competitions. Team arrived on Thursday and explored the olympic village surroundings and Nippon Budokan the same day. Friday was the start of the WKC with men individuals.

Three men took part since one of the delegation members didn’t join the group at the departure from Brussels. Their personal results:

Second day saw the ladies individuals and team matches. Closing ceremony was granted with an 7.2 earthquake without any danger.

Last day was the Men team tournament. Their results:

Complete results are available at the official WKC website as well as lots of pictures. Check also the social media if you wish more info or pictures…

Of course, the 16th WKC came to its end with a sayonara party. Moments to relax and make new friends… Next day, Dan examinations for WKC delegation members. The result for our Federation can be found already in a previous message.

To be complete, we have to thank our supporters who joined us in Tokyo, our proud sponsors and all ABKF members who made this trip possible! 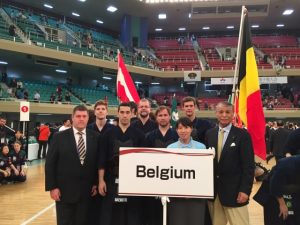 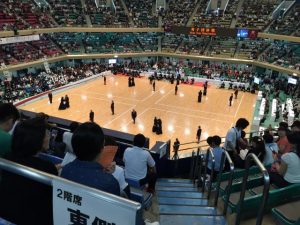 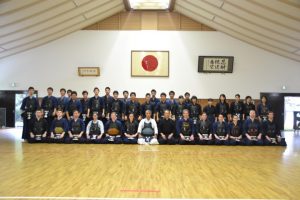 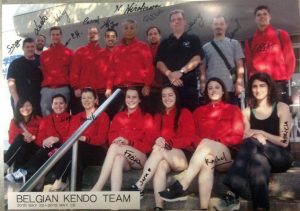 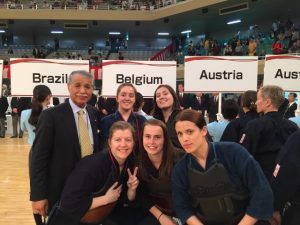