The 8-9-10 June 2018 the International Iaido seminar took place in Bruges, Belgium. It was organized by the ABKF with the help of the EKF (European Kendo Federation).

Some 140 people took part in the seminar. This posed no problem for the Sports complex were we
had ample space so everyone could train safely. 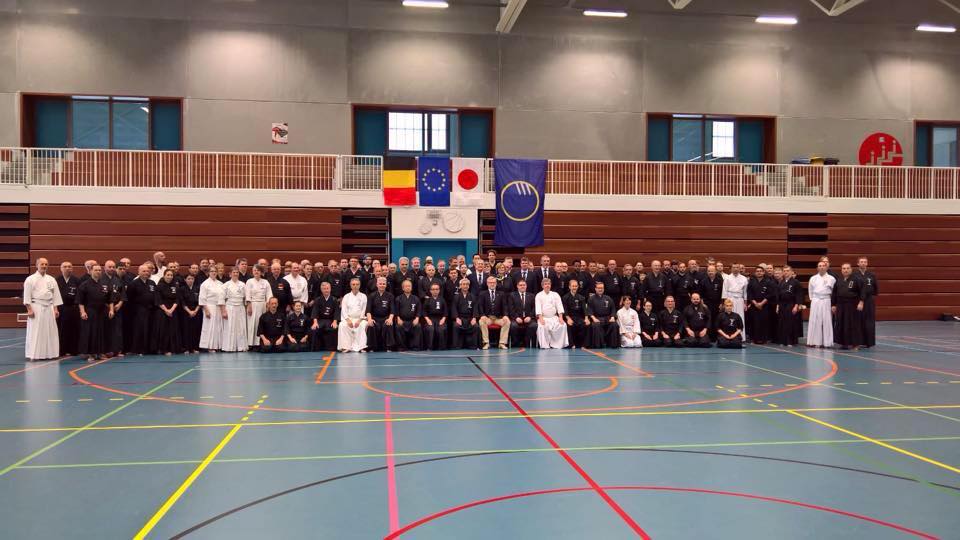 As there was the opportunity to grade until 7th dan a lot of candidates took their chance on the exam
unfortunately only 3 out of 32 people passed for 6th dan and none out of 8 passed for 7th dan.

But in the end because of the great job of the organizing committee there were a lot of happy faces,
a lot was learned, friends were reunited and beers were drunk.

Thanks a lot to all that made this possible, and see you soon.
Luc Defraye

Update to the ABKF Winter Seminar 2021